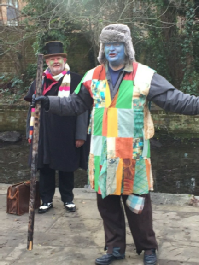 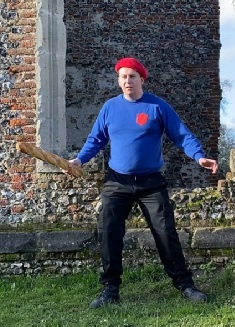 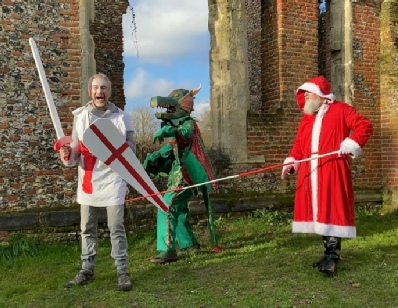 Ruff the Magic Dragon – just too good to turn down! and for 2 years Mike was just that. Part of St Albans Mummers enlivening the streets of St Albans on Boxing Day with 5 performers for audiences in their hundreds – yes really. He was then promoted for a few years to be “The Doctor” with more lines and, of course, a scarf and more recently made an impact as “The Giant”. This year sees a reprise of Mike as the Doctor while our regular Doctor has more urgent commitments elsewhere.

Mumming plays for those who don’t know are traditional street theatre taking well known tales such as George and the Dragon and performing them around the streets and pubs often with contemporary ad libs. Great fun and a chance to connect with your inner “ham”.